TOPICS IN THIS STORY For years I had a front row seat at The Global Leadership Summit. Literally. The front row. I served as Technical Arts Director at Willow Creek Community Church, and part of my job was to work with the Global Leadership Network and each Summit speaker to help make them comfortable with being in front of 100,000+ leaders.

If you’ve attended the GLS at the South Barrington Campus over the years, you’ve probably seen me running all over the place. On stage. Off Stage. Trying to stay calm while making sure it all happened.

During my time at Willow Creek, I had the privilege of working with some pretty amazing leaders. Nothing brought me closer to the speakers than telling them that the eyes of 100,000+ people were on them and reminding them to make eye contact through the lens of the cameras.

Typically, I met with each speaker on stage before their session to walk through some of the details about what they could expect, and if they were ever wondering what was happening next, to look for me. I knew what was ahead and they could trust me to get them there.

On deck and ready

Part of my role included getting speakers “on-deck,” (in the wings), ready to deliver their message. In 2008, one of those presenters was Chuck Colson. While he was being introduced, he leaned over and asked me to repeat what was being said on stage. It can be difficult to hear. Nothing earth shattering. Momma Maggie asked me to hold her hand. Patrick Lencioni asked if I would pray for him. I was just doing my job.

…past experience had taught me God could be trusted

For me, the GLS was a series of encounters like this one. Very rarely did I get to sit still long enough to listen to the actual talks. My goal was to make each presenter as comfortable as possible when speaking to such a massive group, and make sure the production aspects of the event were as transparent as possible so all attendees could be exposed to great leadership teaching without distractions.

Fast forward to the year 2014. The GLS faculty included Tyler Perry, actor and filmmaker; Carly Fiorina, former CEO of Hewlett Packard and presidential candidate; and Jeffrey Immelt, former CEO of GE. It was pretty much business as usual, but for me, there was a big difference. This was going to be my last GLS in the role I had been playing for nearly 7 years…

A few months earlier, I had sensed that God was asking me to let go of my role at Willow Creek and move into something else. What the something else was, I had no idea. But past experience had taught me God could be trusted, so the fact that I didn’t know what to do next didn’t bother me.

With the unknown looming, I tried to soak up every moment of the event–with the speakers, with my team. All of it. 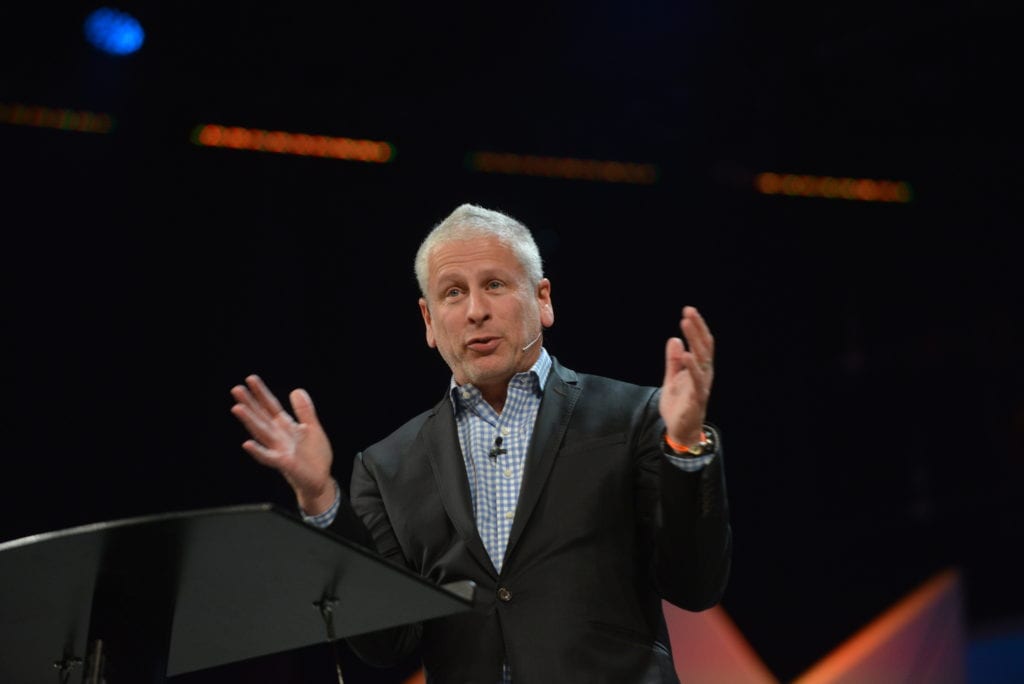 The final speaker at the 2014 GLS was Louie Giglio, lead pastor of Passion City Church and leader of the Passion Movement. I went through my normal speaker routine with him before his session, and once Louie was in place, I gave him a countdown to the end of a video and then he started.

I sat in the front row. Right in front of him. And I listened. His may have been the first GLS message I listened to in real time. Ever.

Like any good tech person, once the message started, my mind began to wander. With this year’s GLS coming to a close, I found myself wondering what I was going to do with my life after this!. Yikes!

One thing kept coming to the surface. In my years of leading teams of technical artists in the local church, I was always on the lookout for a community of people that understood the challenges I was facing. Back in my earlier days, that meant looking churches up in the Yellow Pages! This eventually led to organizing gatherings bringing together this particular tribe. Starting in 2002, The Tech Forum, then the Willow Creek Arts Conference, then Gurus of Tech.

I figured stepping away from my role at Willow Creek meant being a part of these gatherings was also coming to an end. I still had a passion for it, but I didn’t know how to get it done in my new reality.

I may not know how to get to the top of the mountain, but there are steps right in front of me that I could take.

Back to the GLS session I was sitting in, I eventually started to engage with what Louie was saying. He told his story of climbing the Matterhorn, one of the tallest mountains in the Alps. He had never done any mountain climbing before and so the idea of reaching the top of one of the most difficult peaks seemed like an impossibility. However, he had someone with him who knew the way up, and Louie took each step as it presented itself.

His analogy of climbing a mountain changed my perspective. “I may not know how to get to the top of the mountain, but there are steps right in front of me that I could take. God knows the way to top, and I needed to trust him by taking the steps I know how to take.”

Sitting on the front row of that Summit, I thought about the steps I knew I could take toward starting a new event for technical artists in the local church. I had no idea where the finish line was, how it would be funded, or even what the event would be called, but I knew that I had to move in the direction of the steps I did know how to take. 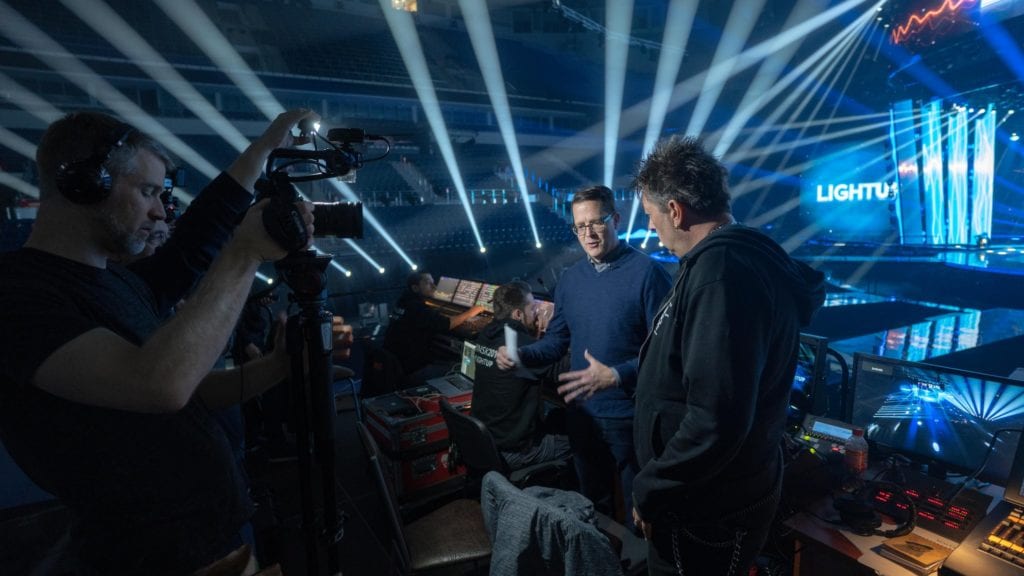 From that moment, I began moving toward what is now the FILO Conference (First In Last Out), a gathering of technical artists in the local church. Five years later, the FILO Conference brings together close to 1500 technical artists–worshipping together, learning together and building community. As they get better and stronger and more inspired in their roles, their church becomes better at sharing the message of Christ.

In 2014, I could not have imagined how I would get here. Taking small steps toward the calling that God put on my life has led to this spot. If I had not been obedient to taking all those small steps along the way, I would have missed out on what God had in mind, not just for me, but for the thousands of technical artists who have with God in a new way at FILO.

I’m pretty sure we aren’t yet at the top of the mountain, but I do know FILO was my Matterhorn–the mountain that I didn’t know how to climb when I started out.

Watch Louie’s talk from the 2014 GLS called “Take the Step.”

Todd is a writer, speaker, technical artist in the local church and founder of the FILO Conference. Formerly the Technical Arts Director at Willow Creek Community Church, he started FILO in 2015 to help other technical artists become more effective so that the local church can be more effective. Todd is the author of the upcoming book I Love Jesus But I Hate Christmas. In his free time, he enjoys being inspired by Winston Churchill speeches and visiting the gravesites of U.S. presidents. Residing near Chicago, he and his wife Bissy have three kids and a dog...none of whom are into production.